Pig Liver (not for faint of heart) 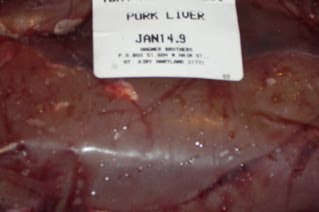 No witty headline here; this is pictorial of blood and guts. This was also my first foray, EVER, into the world of liver (and one from a pig, to boot!).

When you buy half a pig you get a lot of parts. Shoulders, Boston Butts* (actually, shoulders), Hams, loins, chops, sausage, bacon, and a hybrid-monster loin-roast-thingy. But you also get liver and trotters.

Cursory research on the interwebs yields that pig liver is stronger in flavor but very tender. However due to the assumed infrequency of consumption I couldn't find good or consistent information on prepping or preparing. So I made a complete leap of faith. I heard (somewhere) that the liver should be soaked in milk, and after reading a number of recipes online I decided to stick with something that was going to have a sauce to help this 'strong flavored' meat go down.

So I went with the Brits and went with this recipe from the good food channel, trusting my instincts that a fricassee with a beer reduction sauce was probably going to fit the bill. 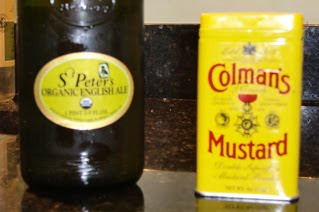 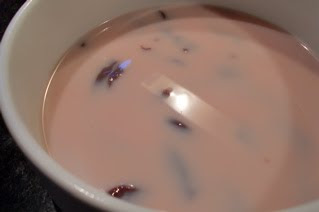 And after letting the chopped liver soak in milk for just over an hour (note the lovely pink hue from the blood!) 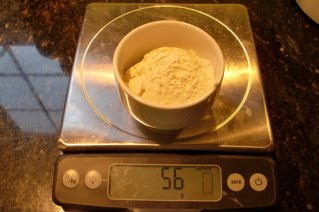 And after finding that my scale can handle metric (thank goodness!) 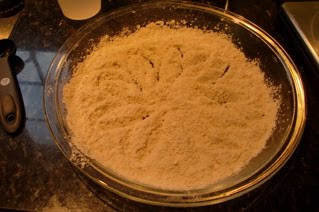 I was ready to move ahead. 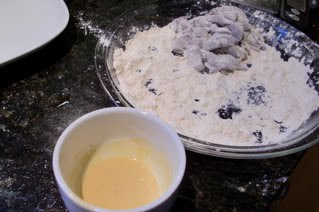 Above is the dredged liver bits in the flour and a side of fresh mustard made from the Colmans powder; just in case I needed extra help in swallowing this down! 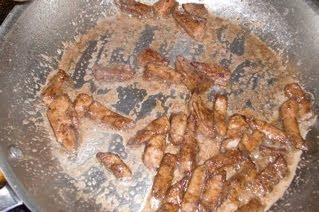 The liver was fried (note how dark it is; I think that from the butter browning... definitely a point for improvement in the future) 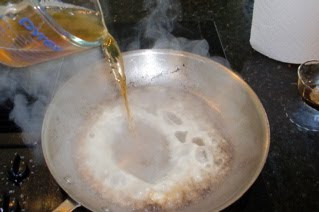 In goes the beer 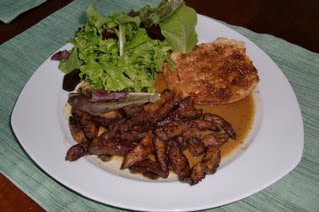 And it's set on a plate with toast and mesclun salad. Now, for the first bite! 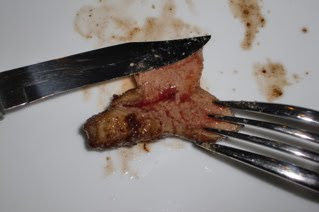 It's good! It's REALLY GOOD! It's beefy and tender and its...

Hmmmm, what's that after taste?

Ahhhhh yes. Blood. A rush of memories from my youth of bloody noses came flooding back to me.

This liver was tender. This preparation (*despite over-darkening the fricassee, perhaps due to the butter) was fantastic. This flavor was top notch. But... the blood.

So I hereby turn in my honorary vampire card (I could never stay up late enough for the parties, anyway) and am left to wonder how I could come so close to awesome yet be left with something that was eventually inedible. This is a situation where I really need to stand on the shoulders of giants to get a baby-step analysis of what I did wrong. Did I not prep the liver properly? Did I not soak the liver for long enough in the milk? I haven't given up pig liver forever but I will not attempt to prepare it again, all by my lonesome.

At least I had extra beer to "cleanse my palate", as it were!